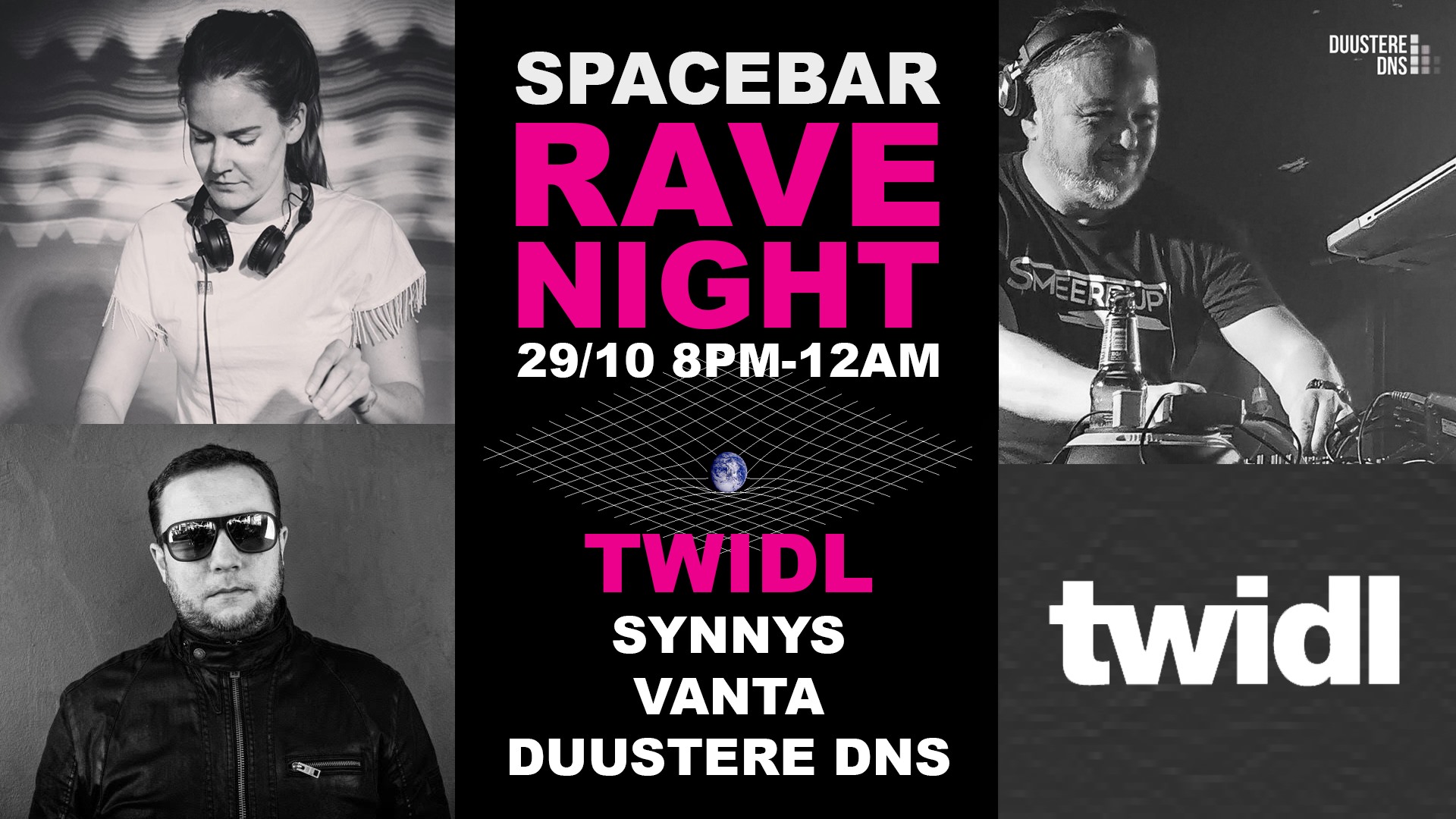 WE HAVE TWIDL ON FRIDAY! ❤️ The residents of Twente-based record label and dj collective Twidl are known for their love for underground techno. Don’t expect anything light-hearted – let’s RAVE!

_____________
vanta is a Hengelo-based researcher who spends excessive time listening and dancing to music. In 2016, she got into DJ’ing and joined forces with the twidl record label and dj collective. She heavily expanded her music library and developed her own taste in techno music: fast, dark, raw, trippy, weird, sometimes a combination of all – as long as it doesn’t sound too cheerful. Hence the dj-name vanta, referring to one of the darkest substances known. See you on the dancefloor!
_____________
SynnyS is the owner of the Twidl Records music label and 50% of dj/producer duo 2Junxion. He’s been part of the scene since ‘97 and has released over 50 records on labels such as Naked Lunch, Bonzai, Acid Tracks, AJ Records and Flat Life. Being a a Sound Design lecturer, DJ, producer and developer, he’s a true all-rounder with a passion for techno and music technology. His dj-sets often contain live elements, taking you on a brute and driving techno trip.
_____________
Dennis (twidl, Techn053) has many DJ aliases and a love for different styles. He started out as hiphop DJ and later on became acquainted with electro, acid house, hardcore and mellow. He played at major events like Thunderdome, MysteryLand, Mayday, NatureOne and Ruhr in love. Under the DUUSTERE DNS alias, he will take you on a trip that mixes DarkTechno, Acid, melodic techno and HardTechno.

The event is finished.

Scroll back to top